Beautiful sunrise and chilly weather welcomed us this morning. We were ready to get moving, these cold temperatures are a killer!

This morning we were challenged with making it through a very shallow area called Little Mud and another shallow cut to Jekyll Island. Timing was critical and we tried to time things so that we left as tide moved to high tide. The thought is that if we do get stuck, we should get unstuck as the tide rises… but will this work?

We made it through both areas with not even a scrape on the bottom. We stopped at Jekyll Island marina for gas and planned to anchor just south of the marina, but the day had gone so well we thought we would continue through Jekyll Inlet & St. Andrew Sound. It was just terrible, the wind was opposing the current and the swells were higher than was comfortable. We were really happy to enter the Cumberland River, although the current was still really swift.

We found an anchorage in Shellbine Creek, just off the river, but as we dropped anchor the current was so strong that we drifted across a crab pot!!! I haven’t mentioned these in a while but the crab pots are everywhere! It is like an obstacle course sometimes, trying to weave around these. This area was particularly dense with crab pots. The problem was that the buoy never popped back up. We had the motor in neutral but there are still so many places the line on the pot could tangle. It also meant we could not set the anchor. But the current was so strong we felt the anchor probably set fine – we were not moving. We would need to deal with the crab pot tomorrow.

Yesterday during the rain storm I had made some sweet potato brownies (what else do you do on a rainy cold day!). It was nice to finish our day with hot tea and a big brownie!! 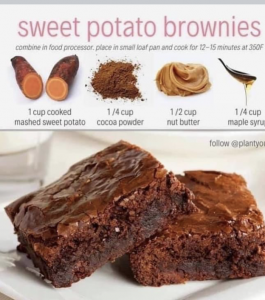